Why your business needs backup for mission-critical data 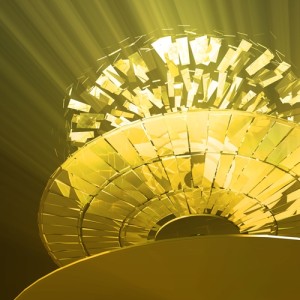 Although the digital age has afforded some pretty amazing advantages to the average business, there are a few drawbacks. Chief among them is the ghost-like nature data can take on in the virtual world. While paper documents may not be as convenient as digital ones, at least they don't get completely destroyed by someone accidentally hitting the wrong button.

Data loss is a major problem facing businesses today. A 2014 Carbonite study revealed that 62 percent of IT professionals surveyed had lost data before, a third of which saw a drop in profits as a result. Lost information can translate to loss of business, and as a preventative measure against this, every company administrator should set up a backup routine for their office.

Although they try not to, the fact remains that your employees are going to mess up from time to time. This isn't to discount the hard work they put in on a daily basis, but rather a statement of the fact that they're only human. And while a lapse in judgment here and there can be forgiven, making a large enough mistake can result in catastrophic data loss.

What's more, these kinds of events are a lot more common than you'd think. A study conducted by the IT Policy Compliance Group found that around three-quarters of data loss incidents involving important information were the result of human error. What this means is that a vast majority of your data loss problems will arise because some person made a mistake. Given the amount of time your employees spend with mission-critical data, not having information stored in a separate location is just playing with fire. Eventually you're going to get burned.

Ransomware: A new and scary form of hacking

While you definitely need to worry about data loss, yet another benefit of backup is the fact that it can help protect you against something called ransomware. This new form of malware does what it's name implies, in that it denies you access to your computer and holds your files ransom. It's a malicious and petty way of forcing people to pay for their own data.

Ransomware has been gaining a lot of traction recently, too. The 2015 McAfee Labs Threats Report found that the first quarter of 2015 saw more than a 300 percent increase in ransomware attacks over the first quarter of 2014. This trend is increasing rapidly, but there is a way to combat it. Other than antivirus software and following online best practices, backup is a great way of taking the sting out of one of these attacks. It allows you to access your most important data even if your computer has been compromised.

Memeo can keep your data secure for later

Running a business requires data, and running an effective and long-lasting one requires you to keep that data safe. There are a multitude of reasons why you might not be able to access important information, and finding out what these are as they happen won't work out well for your bottom line. Any company that values its data and what it means to business continuity should check out Memeo's Professional Backup service. Your company's information is too important for it to only be stored in one place, and backup can help ensure data security.