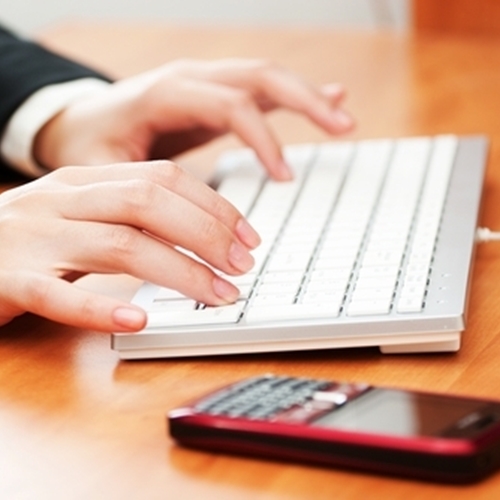 Remember the classic "I'm a Mac and I'm a PC" commercials featuring Justin Long and John Hodgman? Those ads created two very separate camps in the computer world, one full of straight-laced business people devoted to PCs and the other full of cool creative types and their beloved Apple products. While the spots were clearly trying to set an agenda in favor of Apple, they did articulate a truth of the past, which was that enterprise was the sole domain of Windows-powered devices.

This divide is still mostly true, although it is not nearly as stark as it once was. In the last three months of 2015, the vast majority of desktops and laptops sold used the Windows operating system. Of the more than 75 million computers sold during that period, only just over 5.6 million of them were Apple devices, Gartner found. But, Apple sold more computers during the fourth quarter of 2015 than they did during the same period in 2014, something Lenovo, Dell and HP cannot say.

All this, in combination with the rise of smartphones and the bring-your-own-device trend, means that Windows is not the dominant operating system of the office that it once was. Now, Macs are far more common in the enterprise than they were during the aforementioned commercial's heyday.

But, this more heterogeneous commercial computing environment does complicate matters a little bit for many companies. In particular, what happens when a Mac user and a PC user want to share files with one another? When seeking to do just this, it's critical to keep these four points in mind:

This was always the classic issue between the two types of hardware. This is less of a concern now that Office for Mac exists, but it's a problem nonetheless.

For example, QuickTime, the main video player on Apple computers, saves videos as .mov files. Windows Media Player primarily uses .wmv files. When sharing any file, it's critical to make sure that the recipient will be able to open it.

Thanks to near-ubiquitous Wi-Fi and more powerful laptops, among other factors, work can now happen from anywhere. There's a reason the number of Americans who work from home part of the time has jumped from 9 percent in 1995 to 37 percent in 2015, Gallup reported. It's critical to keep this in mind when trying to share files, as options based on local area networks won't cut it anymore.

This a paramount concern for any business. Any time files are transferred, the parties involved need to make sure that this transaction is happening free of intrusion. This is a worry even if the devices involved in the transfer are both PCs or both Macs.

This is less about operating system and more about hardware. As smartphones and tablets become more commonplace in business settings, it's critical to make sure that any file transfer is compatible with the hardware being used on both ends. For example, it can be difficult to open up email attachments on a smartphone.

How one simple tool addresses all four problems

Luckily, there is a way for businesses to ensure that all of these potential file sharing roadblocks are never a concern. By adopting Memeo C1, organizations gain a secure, cloud-based file sharing platform that works with all operating systems and device types. With Memeo C1 in place, Mac users and Windows users can seamlessly collaborate and work together without worrying about  anything. As Apple products become more popular in the enterprise, file sharing solutions like Memeo C1 will be more necessary than ever before. Never let an employee's device choice get in the way of them doing their job effectively again!