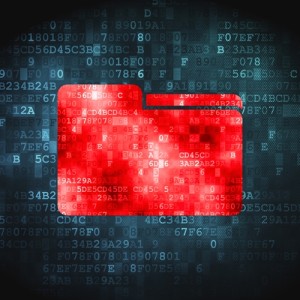 Oftentimes within a business setting, employees will be working collaboratively on a joint project which requires the transmission of considerably large files. This could include word documents, photo files or entire databases. No matter the content, there is an underlying security issue which must be addressed: These files need to be sent in such a manner that allows others to view and change them, but must also be secure.

When it comes to protecting the transmission of large files, there are several best practices to observe, many of which come in the form of the top do’s and don’ts of secure file sharing. Before we get to that, however, consider the following scenario:

An employee, who we’ll call Barb, is working on a big data project for a client alongside her co-worker Bob. On occasion, Barb likes to work from locations outside the office, and finds that she has to send Bob a large file that not only contains personal information pertaining to her customer, but also has sensitive data associated with her company as well. Instead of using a secure file sharing platform, Barb sends Bob the file in an email.

As Barb is traveling at the time, she sends the message from a coffee house, allowing it to be intercepted by a hacker. Bob receives a message that he thinks is Barb’s email, but once he opens it, he notices a link and clicks it.

Before Barb and Bob know what hit them, the sensitive data connected to the project they are working on is sold on the black market, and the details are splashed all over the Internet. Worse still, the link Bob clicked contained malware, which has spread from his computer to the entire network.

This type of situation may seem far fetched, but it happens more often in the enterprise sector than many would like to admit. Barb and Bob both made a series of mistakes that threatened company security, all revolving around the sending of that single large file. Let’s examine some of the lessons that can be learned from their situation, and what employees should do instead.

Do’s and don’ts of large file sharing
The first mistake Barb made was sending the the file over email as opposed to using a secure file sharing program. The Guardian contributor Jack Schofield noted that not only was email not designed to send large files, but there are much better ways to do so. One approach comes in the form of a secure file sharing platform, which employees should leverage when transmitting content of this nature to ensure its protection.

Another mistake Barb made was sending the message over a public Wi-Fi network at the local coffee house. While these connections are often used by patrons, they should be avoided for business purposes as they do not have the proper security measures in place. When sending any kind of sensitive data, users should utilize a network with a firewall and other safeguards in place.

The next mistake was made by Bob, who clicked on a malicious link in an unfamiliar email. Oftentimes, cybercriminals will create their malware-laced messages to appear as legitimate as possible, making it is easy to be tricked into opening them, just as Bob was. However, to prevent workstation and network infections, it is crucial that employees know to avoid suspicious messages and links of this kind.

Overall, the best way to share large files is by utilizing an enterprise-level solution that has adequate protections in place to avoid interception and unauthorized access. Industry expert and Tech Talker blogger Eric Escobar pointed out that consumer-facing services don’t have the safeguards needed to keep sensitive business content safe. Therefore, using a file sharing platform from a trusted provider is worth the investment.