Mobile malware creates BYOD security risks: Current threats and how to avoid them 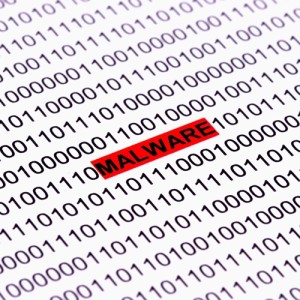 It’s no secret that the mobile platform has become an increasingly attractive platform for cybercriminals. This trend is set to continue as more personal handheld hardware is utilized for work purposes, and more sensitive information is stored and accessed from employee smartphones, tablets and laptops.

Business leaders must not ignore this fact when it comes to their bring-your-own-device plans, as mobile malware represents a considerable BYOD security risk that can topple the initiative’s success. However, when decision-makers combine a keen awareness of current mobile malware threats alongside a mobile management plan, they can considerably reduce the danger these attacks pose to their organization.

“In February 2014, Web ads represented the single biggest threat vector for mobile users – one in every five times a user is directed to mobile malware, it is through Web ads,” the report stated. “That is almost triple the rate in November 2012.”

For this reason, it is important that administrators are aware of the top mobile security issues that could impact their BYOD-supported business, and pass this knowledge onto their employees. When workers are aware of the rising instances of malware attacks through Web ads, they can avoid these threats and better protect company-owned data on their devices.

Continuing malware trend: Targeting Android devices
Another prominent trend in the mobile sector is the abundance of malware samples that specifically target Android smartphones and tablets. According to F-Secure, 97 percent of all mobile malware threats discovered by researchers last year sought to attack Android devices. This is nothing new, as this has been an ongoing trend in the previous years as well.

“To no one’s surprise at this point, Android continues to be the most targeted mobile operating system,” an F-Secure Threat Report stated.

There are several reasons why Android is a more attractive platform for attacks than other OSs, including the simple fact that it is the most popular in the world. More users means more opportunities for attacks, and a potentially increased amount of information that can be stolen.

Additionally, F-Secure noted that protection measures are not the same across different operating systems, meaning that some OSs are more secure than others.

“For most users, this means their device security ends up being largely in their own hands – both figuratively and practically,” the report stated.

For this reason, it is critical that each individual employee knows how to protect their mobile devices against attack. This includes the use of BYOD security solutions like a secure file sharing system to prevent unauthorized access to corporate materials. Additionally, password protection and a mobile monitoring system can provide added security against malware attacks.