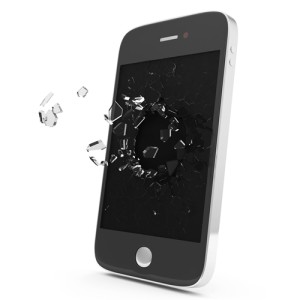 One of the top issues that enterprises need to address within their BYOD strategies is the increasing and continual emergence of mobile malware samples. With a rising number of mobile malware strains now wreaking havoc in the wild, organizations need to take steps to protect their employees’ devices and digital assets. Through the use of endpoint software and a secure file sharing platform, however, these BYOD security issues can be effectively mitigated.

Top mobile malware target: Android devices
In order to stay on top of BYOD risks, users should remain aware of current top threats and mobile malware trends, including the the most-attacked platforms.

According to Tripwire contributor Anthony Freed, recent industry research by security firm F-Secure showed that the nearly all mobile malware samples in existence today are aimed at Android devices. In the first quarter of 2014, 99 percent of mobile malware targeted the platform, an increase from last year’s 91 percent.

The report stated that during this time period, researchers discovered a total of 277 new threat families, 275 of which were designed to attack Android, one was aimed at iOS and one at the Symbian operating system. Furthermore, F-Secure’s chief research officer Mikko Hyppönen said these findings illustrate the direction of malware, and the trends will likely continue in the future.

Security researchers are noting that the strain evolved from previously seen iBanking malware, which allowed hackers to attack PCs, sidestepping two-factor authentication to access bank accounts. The new Android sample can do all this and more, and is being sold in underground marketplaces for $5,000 a pop.

The iBanking mobile malware can redirect calls made to the infected device, record sounds using the onboard microphone and track the user’s position using the geolocation function. However, one of its most frightening abilities is that it can access the device’s file system, putting BYOD practices everywhere in jeopardy.

This illustrates the critical importance of a secure file sharing program. Without such a resource in place, if an employee’s smartphone is infected with this malware sample, every file that he or she accesses or transmits could be communicated with hackers as well. In order to keep sensitive company-owned property safe, businesses need to provide a file sharing platform that can protect against these kind of BYOD security threats.