Flash drives aren’t as convenient as you think 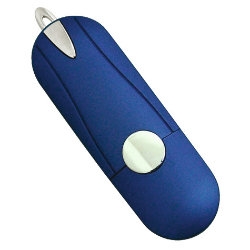 With the amount of data necessary to keep a business going nowadays, the ability to share files securely is becoming a big concern for companies. How can you make sure your important company information stays secure, while also making sure key employees and customers have access to it?

A lot of small businesses have answered this question through the use of flash drives. They’re small, very portable and with modern storage technology the average flash drive can hold quite a lot of data.

But despite the positives associated with them, flash drives are much more dangerous than many people realize.

They’re easily lost or stolen
Using a flash drive to back up sensitive information is an attractive option for smaller businesses because of how easy it is. In fact, a study conducted by Carbonite found that 42 percent of small businesses use flash drives to store company information because of their simplicity. They just have to plug it in, download what they need and keep the flash drive safe. And while the first two are simple enough, it’s that last bit that’s the tricky part.

Norton, an industry leader in antivirus software, warns people of the danger posed by flash drives. One of Norton’s biggest concerns about these storage devices is how easy it is to lose them or have them stolen. Because so few flash drives have any level of security or encryption, anyone that comes across one of these devices can simply plug it into their computer and access its information.

They provide an access point to your network
Back in 2011, the U.S. Department of Homeland Security wanted to see how easy it would be for hackers to access sensitive government information. To test this, it had personnel drop flash drives in the parking lots of government buildings.

The DHS undertook the experiment to see how many employees would pick up and plug an unfamiliar flash drive into their work computer, exposing the agency’s network to malicious software unknowingly.

As it turns out, about 60 percent of employees plugged the flash drives into their work computers. This number jumped to 90 percent if the devices had official logos on the side. Despite being highly trained government officials entrusted with sensitive information, even they were vulnerable to a data breach due to their curiosity about a device they didn’t recognize as their own. Of course, there wasn’t any malicious software hidden on the flash drives. However, the point remains that flash drives are a huge security risk.

When employees are used to working with flash drives, they may very well plug in an unknown device found in the parking lot simply because it has their company’s logo on it.